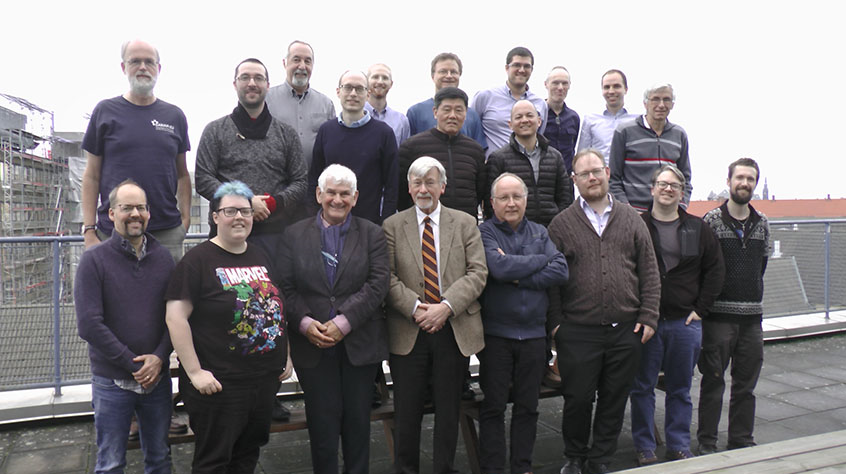 From 19-23 March 2018, the ETEN Workshop on the original languages took place. Invited by Nicolai Winther-Nielsen – a well-known visitor at the ETCBC – I had the opportunity to participate in this workshop. Soon it turned out that what started as a modest workshop on the original languages, transformed into an important step forward in the world of free and open resources on the biblical languages. In this blog, I will shortly tell the story how a workshop can transform into an Alliance with impact.

The workshop started as an initiative to bring people together that work on projects that make resources related to the biblical languages publicly available. Thanks to Nicolai’s efforts, we had a long list of papers in advance ready to read. During and after these presentations – and over the week many others were added – we discussed how we could collaborate to avoid duplications, to improve what we already have, and to build the stuff we need in the future. These discussions were very exciting. What started as a workshop turned out to be a cutting-edge discussion on where we are, where we want to go, and even on who we are. Some of these questions were only ‘solved’ during the week after.

It has not to be mentioned, that the database of the ETCBC played a huge role during our sessions. For me, it was impressive to see that what has been built over decades is now used in a number of free (online) initiatives, thanks to the open license of this database. The very honorably organized keynote lecture by Eep Talstra was clearly a highlight of the thankfulness of this fresh alliance to what has been done by Eep and his colleagues over the years.

Probably the most important result of this week was not the presentations as such – although many of them were very exciting and contained stimuli to engage with – but the more conceptual thinking about the meaning of open data, the development and maintenance of these data, and of course the best way to make them publicly available since licensing issues are so delicate.

Whether the Copenhagen Alliance can make a real impact in the future has to be seen. However, I think that everybody who was present during this week got the same feeling I had, namely that something important has happened that will determine open resources for biblical languages in the time to come. The next step will be to make this fresh alliance known to the world. An alliance that understands itself at the moment of writing this way:

The Copenhagen Alliance for Open Biblical Language Resources is a diverse coalition of organizations, institutions, and individuals with a common interest in making biblical language data free and openly accessible to anyone for research, language learning, translation, and other uses.