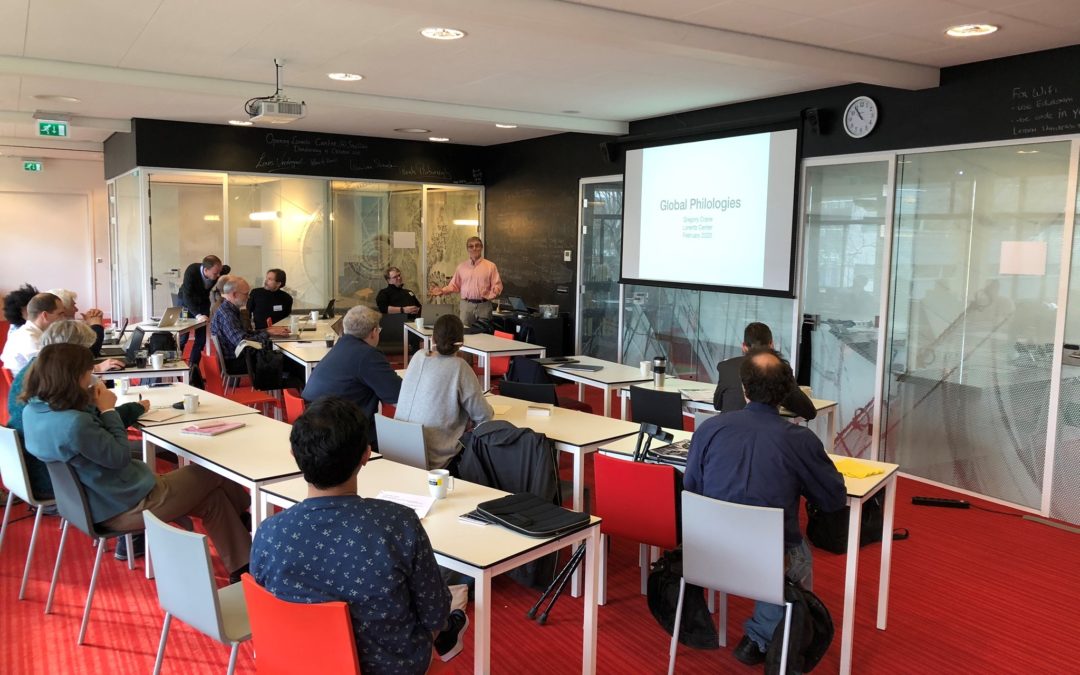 From 14-21 February of 2020, the Lorentz-workshop “Processing Ancient Text Corpora”, organized by Cody Kingham, Wido van Peursen, Dirk Roorda and Nicolai Winther-Nielsen, in collaboration with the NIAS, took place. It was organized in the very comfortable Lorentz-centre in Leiden. Its main topics were linguistic research, mostly of Semitic languages, machine learning and the problem of how to incorporate that into the academic curriculum of philologists. A more fundamental goal of the workshop was to bring scholars and software developers, who rarely meet each other through the usual channels, in contact with one another. The scholars and software-developers came from a variety of fields and backgrounds. The scholars were working on corpora in Hebrew, Syriac, Arabic, Aramaic, Akkadian, Sumerian, Greek and even Old Sundanese. The software developers worked on things like Text-As-Graph, Text-Fabric, Scaife Viewer and ReiRes.

The workshop gave the participants two main take-aways, I believe. The first is the need for a more centralized approach to the Digital Humanities. Currently, too many efforts are put in one-time projects, that run out of funding and are never seen again, even though others try to do similar things later on. A way to preserve the efforts of earlier teams, and to make some sort of “guidelines” for Digital Humanities, so that projects can more easily be taken up again, were felt to be necessary starting points. The second take-away was that Digital Humanities in the academic education should receive more attention, and, fittingly, it had a larger role in the discussions of the workshop than was foreseen. This is nothing new, one hears the call for more digital education for children all the time, but for philologists and theologians it seems to be a sticky issue. At the moment, many philologists and theologians seem to be highly sceptical of computer-based research, if not techno-phobic. Another issue is that there is no conventional starting point for philologists and theologians to start learning to use digital methods to do research: most teaching methods are time-consuming and aimed at people with a mathematical background rather than a linguistic one. The example of the teaching-methods based on the ETCBC and Bible Online Learner were felt to be inspiring by scholars unfamiliar with them, as in those programs students learn to read Biblical Hebrew and how to do some coding at the same time. If anything, the philologists need to learn how to effectively communicate their wishes to software-developers, and that is impossible if they know nothing about programming.

After a tiring week many people came out of this workshop newly inspired to work on bringing philology and theology students closer to digital tools and to add a new dimension to their own research.