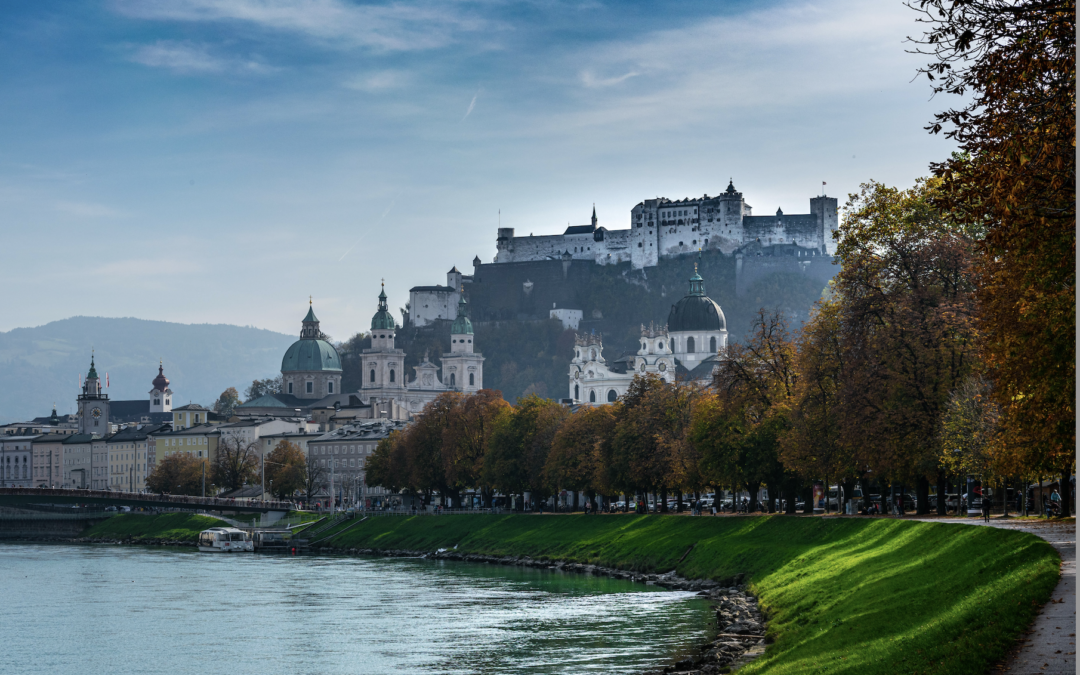 In July 2022 the International Organization for Targum Studies (IOTS) held its tenth meeting in Salzburg. There were, of course, some of the usual participants, but also surprisingly many new ones. We especially welcomed those from the more eastern parts of Europe: Poland, the Czech Republic, and Hungary. Unfortunately, our speaker from Ukraine was missing due to the war (Dmytro Tsolin).

The same was true for the topics that were discussed. As a matter of course, there were lectures about certain pieces of the Aramaic translation of the Hebrew text, or other Aramaic texts: Genesis 3 (Terence Kleven); the Hagar and Ishmael story (Miri Kahana); Exodus 15 (Victor Ber); the description of Balaam in the various Targumic traditions (Margaretha Folmer); the connection between Ezekiel 1 and Isaiah 6 (Bruce Chilton); embedded poetry in Tibat Marqu (Laura Lieber); and the question about how Targums translated Hebrew texts with figurative women (Kornélia Koltai). Some of these women completely vanished in the Aramaic translations, which offered texts about men instead. Equally anticipated were the lectures on the Aramaic language, such as the language of Pseudo-Jonathan and the Targum Writings (Adi Amsterdam) and of the Testament of Qahat (Hanneke van der Schoor). And of course, there were lectures on the connection of Targums with other translations: Peshitta and Targum on 1 Kings 1-11 (Frank Ueberschaer), Greek influence on Targum Job (Olga Gienini), and Targum influence on the Torah translation into Judeo-Persian (Ali Hadji-Hosseini).

The topics that are discussed more extensively nowadays, were about the influence of computers on our Targum work; the history of Targumic texts during more centuries than we ever discussed before; and the reception history of Targums in Jewish and Christian environments.

Another way of using the computer is the (further) development of stemmatology, the study of a text’s historical transmission and how its surviving manuscripts relate to each other. Estara Arrant is working on a refinement of methods by programming the computer to integrate the context of the manuscripts: Was the scribe schooled in Aramaic or not, and how could that have influenced his way of copying? Is there also a Hebrew text parallel to the Aramaic text, and how did that particular text influence the Aramaic? Was the manuscript made in a conservative environment or in a part of the world where additions to the text were allowed?

Leeor Gottlieb showed many Targumic “extras” in the program Accordance. One can now make a synopsis of the various Targums to the Torah and perform cross-textual searches: Which equivalents does a certain Hebrew word have in Aramaic? Which Hebrew words are translated with the same Aramaic word? When is a Niphal translated by an Itpeel, and when not? This tool will enable scholars to do better comparisons between texts and between languages.

History of Targumic Texts and Traditions

Another upcoming topic is unraveling the thread of Targumic traditions through history, not with the purpose to find the most original text, but simply to reconstruct the continuous growth and change of it. Now that a twelfth-century date has been proposed for Targum Pseudo-Jonathan as a whole, Gavin McDowell saw the opportunity to compare this Targum with somewhat later Biblical texts, such as the Historia Scholastica (1173) and Bible Historiale (1297). These were composed due to an interest in the literal sense of the Biblical narratives, a cultural environment that can also explain the rationale behind Pseudo-Jonathan’s composition.

An equally strong interest in later developments in Targumic texts is shown in the project Textevolve, of the Katholieke Universiteit Leuven, presented by Hector Patmore, Jeroen Verrijssen, and Shlomi Efrati. Unstudied pieces of Fragment Targum, prayer books and liturgical manuscripts are examined in order to establish the growth of texts and the surprising relationship between Targum Onkelos and the Palestinian Targums. Efrati even presented a Targum Onkelos manuscript in which pieces of the Fragment Targum are written in the margin, which were most probably copied from Targumic quotes in the Arukh, the Talmudic and Midrash dictionary composed by Nathan ben Jehiel (11thcentury)—to be precise: the quotes all come from the latter half of the Arukh (Samekh to Taw). Did the composer only possess half of the dictionary?

Additionally, quite new on the agenda is the reception history of the Targums in more modern times. The Kampen Targum group started Targum Jonathan’s reception in sixteenth- and seventeenth-century Christianity. Eveline van Staalduine-Sulman continued along this way by looking into the archives of Conrad Pellican, a Swiss reformer who is said to have translated all the existing Targums. The archives, however, did not show more than a Latin translation of the Fragment Targum. Elisheva Brauner investigated how S.D. Luzzatto treated the Targum in his book Oheb Ger, especially when the Targum strayed from the simple meaning of the Biblical text.

Modern reception history was presented by Anna Kuśmirek, showing the Polish translations of Targum Jonathan and Targum Neofiti 1 and the principles behind them. Craig Morrison presented the principles behind Targum references in the Biblia Hebraica Quinta apparatus: not only if the Targum is of interest in the search for the most original text, but also if the Targum shows the same concern in interpreting a Hebrew phrase in the same way as other translations, though offering a different solution. The turn from the most original text to the history of transmission and interpretation has certainly been made in Targum studies. 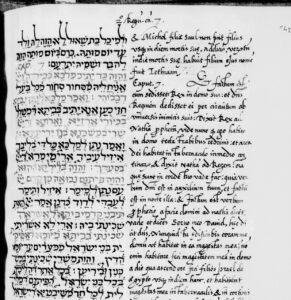