Notice: Trying to access array offset on value of type bool in /home/etcbcsite/public_html/wp-content/themes/Divi/includes/builder/functions.php on line 1529
 Using the ETCBC database for exploring social networks in Biblical law | Eep Talstra Centre for Bible and Computer 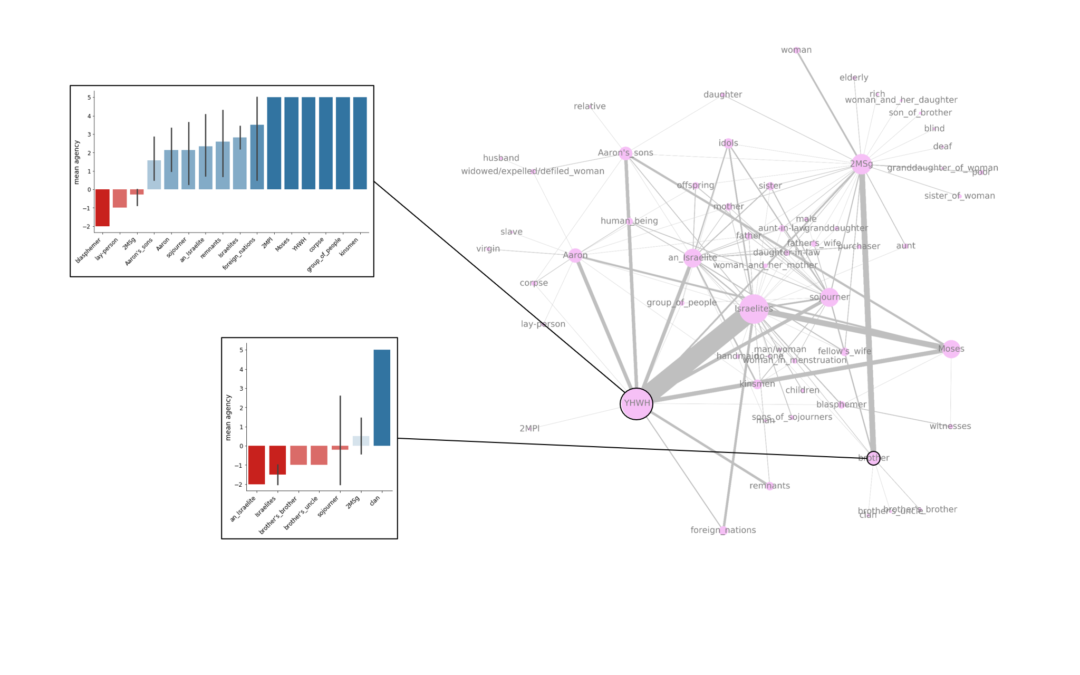 The Mosaic laws of the Torah are quite unusual, embedded as they are in the narrative of the Torah. Thus, they are not only commands and prohibitions but relate intrinsically to the grand storyline of Torah extending from creation to the impending conquest of the promised land. One of the legislations is the so-called Holiness Code (Lev 17–26) located at the very heart of Torah. Formulated as divine speeches mediated by Moses, the Holiness Code is a call for the justice and holiness of the Israelites liberated from Egyptian bondage. It is within this particular context that the Holiness Code aims towards modelling the Israelite community according to the covenant between the Israelites and their God.

It is to these social dimensions of Biblical law that my dissertation Roles and Relations in Biblical Law is dedicated.[i] By considering the Holiness Code as depicting a community of people connected by interactions and relationships, I have approached the law as a social network.[ii] The persons or social groups referred to in the text are conceptualized as “nodes” and their interactions as “edges”. In doing so, the law text can be analyzed as a social network, and social network-analytical tools can be applied to detect sociological patterns and social roles. In the end, we get a clearer picture of the community envisioned in the text, and we can scrutinize the composition of the community, the roles of the participants, and the ethical values of the author.

The ETCBC database and social networks

Most of my research deals with gleaning the required data for constructing a social network. The required data are participants and events, and both require in-depth analysis:

The data has been extracted from the ETCBC database of the Hebrew Bible by means of the Python module Text-Fabric.[iii] In what follows I will briefly explain the procedure.

Participants may be referred to by proper names, nouns, affixes, verbs, and synonyms, and it is a demanding task to resolve these references into textual participants. For my research, Eep Talstra kindly provided a complete dataset of the participant tracking of Lev 17–26 comprising 4,092 lines of data. The dataset contains the results of an eight-step computational procedure conducted by Eep Talstra to systematically link the participants throughout the text. I have had no access to the programs developed by Eep Talstra, but I used Python to explore the dataset and validate its internal consistency. The dataset along with my manual corrections and further systematization is now available as Text-Fabric features ready for further analysis. The data are stored as both node- and edge features as explained on GitHub. More generally, during the exploration of the dataset, Text-Fabric proved useful as a tool to illustrate data structures and linking of participant references. As an example, I wrote a script to visualize the anaphoric antecedents of infinitives (Figure 1). Infinitives are not marked for gender, person or number, but they were still referential in Eep Talstra’s dataset, so it was useful to explore their referentiality to understand the computational procedure better. 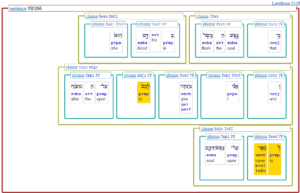 Figure 1: Text-Fabric visualization of the anaphoric antecedents of infinitives.

One of the major challenges in my project was to categorize different events. Events are realized as verbs in Biblical Hebrew, and there are almost 200 different verbs in the Holiness Code. Social Network Analysis is most commonly applied on networks with a single type of interaction, e.g., transactions, trust, or marriage. I wanted to map all interactions to utilize most data possible in the analysis. The solution was to classify events according to a scale of agency. Agency is an often-debated topic in linguistics because it is easy to see that verbs are associated with different degrees of agency, but much harder to conceptualize.[iv] I have proposed a decomposition of agency according to both verbal, relational (between the verb and its arguments), and pragmatic properties. Most efforts were spent on the verbal properties of which two seem most decisive: dynamicity (dynamic vs. stative verbs) and causation. There are some correlations between these properties and Hebrew morphology, but they are not complete. In contrast to the common qualitative approaches to lexical decomposition, I offered a statistical analysis of verbal semantics by means of a collostructional analysis of verbs and adverbial modifiers.[v] The relevant data were extracted with Text-Fabric, and conventional statistical methods were applied to explore the data. A Principal Component Analysis, for example, revealed a distinction between directional and non-directional verbs, among other distinctions (Figure 2; cf. notebook). Thus, the lexicon of Biblical Hebrew can be sustained and enriched by data-driven approaches. 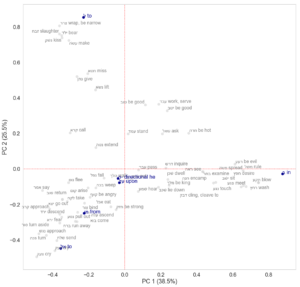 Figure 2: Principal Component Analysis of the attraction between verbs and adverbials

A Social Network Analysis of the Holiness Code

By compiling the participant-tracking and event classification data, a large-scale social network of the Holiness Code can be drawn. I wrote a script that maps the two data types (participants and events) onto particular syntactic structures retrieved from the text. In doing so, 482 interactions (= edges) between human/divine participants were identified. The Python module NetworkX was applied to calculate standard social network measures such as cohesion, reciprocity, and betweenness. The algorithm node2vec was used in another notebook to detect the structural roles of the participants. Because of the agency scores calculated for each participant in accordance with its relation to the event, a unique profile could be drawn for each participant in the network. The figure at the top of this page shows the network and agency profiles for two participants (“YHWH” and “brother”). The agency profiles are diagrams that show the mean agency invested by the given participant in relation to all its neighbors in the social network. It is assumed that agency correlates with social capacity because a participant with high agency scores is capable of higher influence on the social network than low agency participants. To mention but one example, YHWH is credited with bringing the Israelites out of Egypt – not the other way round. And YHWH was indeed found to be represented as generally far more agentive than the Israelites. A social network analysis of agency, therefore, opens a window to the social composition of the community described in the Holiness Code.

Text-fabric as a research tool

Text-fabric is a unique research tool that provides easy access to the ETCBC database of the Hebrew Bible (and other ancient corpora as well). For my research, the pretty display of the syntactic structures proved most helpful both for my analysis but also for presenting the results to others. The relatively simple query syntax was also helpful to inquire the database for verbs in specific contexts.

One of the main benefits of using Text-Fabric is the possibility for combining it with other Python packages for processing the data. Data retrieval, organization, processing, and visualization can be carried out in the same environment, for example with Jupyter notebook. Text-Fabric is therefore a highly flexible research tool for advanced and transparent research.

[ii] Another study that uses the ETCBC database for analyzing Biblical discourse as a social network is Chebineh Che, “Participants, Characters and Roles. A Text-Syntactic, Literary and Socioscientific Reading of Genesis 27–28” (Ph.D. diss., Amsterdam, Vrije University, 2017).

[v] Collostructional analysis is a further development of collocational analysis and was developed by Anatol Stefanowitsch and Stefan Th. Gries, “Collostructions: Investigating the Interaction of Words and Constructions,” International Journal of Corpus Linguistics 8, no. 2 (2003): 209–43.